This year is the 15th ANNIVERSARY of the Anthornis event.

This year’s clinician, Michael Glasgow was instrumental in creating this event. Its was his creativity that produced the Anthornis logo; and his generosity and composing expertise that produced the original composition “Anthornis”. Come celebrate this anniversary with lots of ringing and frivolity that only Michael can provide.

This event is for those who want to ring more challenging music. Start lining up your ringing buddies to come together.

$70 per person.
Bring your own lunch;
Or order a catered box lunch during the week of October 24th. Check back here for more details.

Everyone must register as an individual.
Some handbell equipment is provided.
You may also bring your own (foam, handbells, handchimes, mallets, etc.)

In order for the Anthornis event to be successful, each ringer must come fully prepared with the event repertoire well rehearsed. The massed rehearsals on Saturday are used for the clinician to put finishing touches on each piece.

Register now. The event Registrar will respond within a week with your ringing assignment.
Purchase the event repertoire (6 pieces) from your favorite handbell music vendor.

There are several ways to prepare for the Anthornis experience:

Face masks are encouraged but not required, unless the local protocols change.
Check back here before coming to the event for the latest information.

Due to the current COVID precautions, no food or beverages will be served at this event.
However, catering options of a box lunch will be available for order starting October 24th.
Water fountains are available for refilling water bottles.

Check back here for any updates. 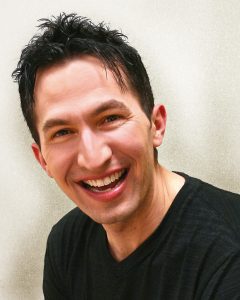 Michael J. Glasgow, who is likely either composing or working on a logic puzzle right now, is honored that you’re reading his biography: a thousand blessings on you and your house!  His work is legendary in church music, advertising, and supermarket-food-demonstrations (it was a dark time for him, but little old ladies still talk about his pioneer efforts with cutting-edge bagged salad).

Having retired from full-time church-music ministry after more than two decades, Michael’s excited to be “full-time freelance,” and offers his clientele a full-service experience, without the distractions of a church job or a school job.  (Yup, someone who actually answers the phone and returns e-mails: “what you need, when you need it.”).

Heralded for his “abundant melodic gift” (New York Concert Review), Michael is an award-winning composer of organ, handbell and choral works, and keeps busy with commissions (as well as pet projects that will never sell, but are fun to write).  He conducts the auditioned Tar River Chorus in Rocky Mount, NC; and serves as the Bass Section Leader for the North Carolina Master Chorale.

Michael made his Carnegie Hall debut conducting his Requiem for chorus and orchestra in June 2017, and conducted its European premiere in Vienna in June 2019. More than 150 engagements also have brought him to three dozen states, as well as England, Hong Kong, Singapore, Canada, and a cruise ship in the Eastern Caribbean.

In June of 2022, Michael returned to Carnegie Hall, leading the world premiere of his new Gloria for orchestra and chorus. Upcoming engagements for 2023 include conducting the Ministry of Bellz in concert in Singapore (February), Vivaldi’s Gloria in Honolulu (May), and his fifth appearance at RingFest in Toledo, Ohio (October).

While he’ll never be on Facebook, Michael is a member of ACDA, American Composers Forum, ASCAP, FUMMWA, Handbell Musicians of America, Mensa, and several other professional organizations.  Visit www.michaeljglasgow.com, and subscribe to/follow @MichaelJGlasgow on YouTube and Twitter.

Click here for Rehearsal Notes by the clinician and mp3 sound files.

All registrants and concert goers are encouraged to bring some non-perishable food items or monetary donations to help support the local food shelf. Shepherd of the Valley partners with 360 Communities to operate an in-house food shelf.
This food shelf supports families in Dakota County and the immediate surrounding areas. Approximately 70 families a week are served with food support and help to find other resources they may need to become self-sustaining.

This 80-minute ringing session on Friday night is just pure fun. A great time to learn from the clinician by sight reading handbell music without the pressure of having to perform it in a concert. You can register for just this reading session. All ringing equipment is provided.
Reading sessions give you an opportunity to ring in a new position, perhaps; and to take home some new music for your choir at a discounted rate.